The most beautiful places to visit in Serbia

Spring is on the pier and takes the most beautiful part of the year to visit beautiful destinations.

We present you the 10 most beautiful places to visit in Serbia. 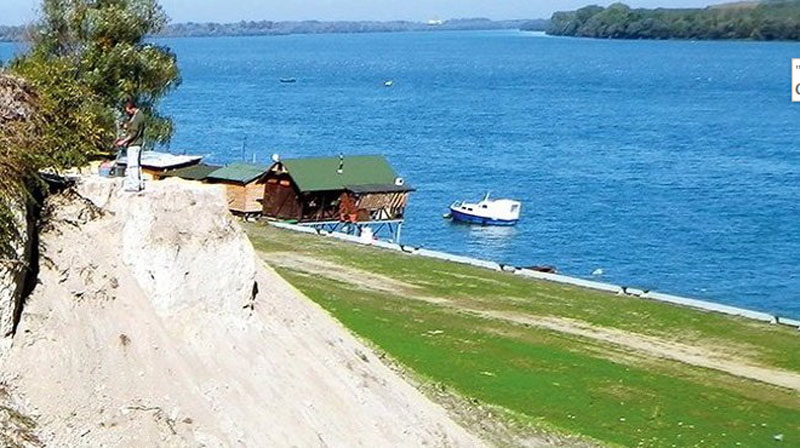 The archaeological site of Belo Brdo, Vinča, is located about 15km from Belgrade in the village of the same name on the right bank of the Danube. The first remains of the settlement were found quite accidentally, at the beginning of the 20th century. So far, about 4% of the area has been explored, and the excavations have revealed various objects, including tools and weapons of stone, horns, bones, dishes, vases, jewelry, statues ... The significance of the site is that the remains Neolithic settlement from the period of about 5,500-5,000 years BC. In the young Neolithic (4,500-3,500 BC), Vinca became a great economic, religious and cultural center, which influenced the culture of all agricultural communities on the soil of Central and Southeastern Europe. After the discovery of copper, Vinca lost its character. Nevertheless, here you can see the remains of Neolithic civilization that had a culture of living developed from the medieval times. The site is again open to visitors.

In the era of digitization, the former residence of Roman Emperor Gaius Valerius Maximilian Gallery (293-311 AD) still arouses the curiosity of domestic and foreign tourists. In the magnificent palace of the Roman Emperor Gaius Maximilian, who stood out as a capable soldier of the Roman Emperor Diocletian (244-313 BC), who married him with his daughter Valeria Near the Romuliana at the Magvurea site, Galleries and his mother Romula was buried, according to which Romuliana was named. There are two grave mounds on the Magri - tumbled with the scrappers on which the emperor and his mother were burned. Then they believed in a life of grave, and the dead were buried with personal property and burned. Today visitors can see the remains of the former palace with mosaics of outstanding beauty, the statue of the Emperor Maximilian Gallery, a temple dedicated to the deities of Jupiter and Hercule, public baths ...

It covers the territory of the municipalities of Sjenica and Nova Varoš, and it is protected since 1971. One of the first things everyone thinks when talking about Uvac is the beautiful meanders of the same river, ranging from the hydroelectric power plant Kokin to the village Krstac on the road to Sjenica. Meanders that can be seen from numerous gazes from the surrounding villages are beautified with the only natural habitat of gullible vultures in Serbia (along with the canyon of the river Trešnjica). It is said that the first encounter with incredible birds, whose wingspan can reach up to three meters, truly unique if you are lucky, as some of the many tourists coming to this region, you can also see a unique dance of griffon vapors during mating (flying to incredible heights, caught with claws and then freezing) In one word - incredible. With the small caves in which these beautiful birds are hiding, the Uvac reserve in its cliffs also covers several large caves, the largest of which is still insufficiently explored the Ice Cave ( 2.5 km long) which attracts you with its beautiful halls and a clear lake. If you do not have enough to just watch the meanders, you can cruise them with boats, and you can also fish for that fish if you are a fishing enthusiast since Uvac is very rich in trout, carp, clown ...

It is located near the border with Romania and comprises a whole of tens of lakes, of which seven are separated. The most famous are Vračevgajsko and Šljunkar, and the biggest beach is the city beach.

Along the lake, there is a weekend campsite camping site, but also a few smaller hotels and villas suitable for a holiday. The Belchurch pearl may not be a place suitable for parties and spending, but it is highly recommended for family rest and stress relief. Whoever goes to this year's Exit, he can turn a little southeast and overwhelm the impressions alone or just overwhelming. 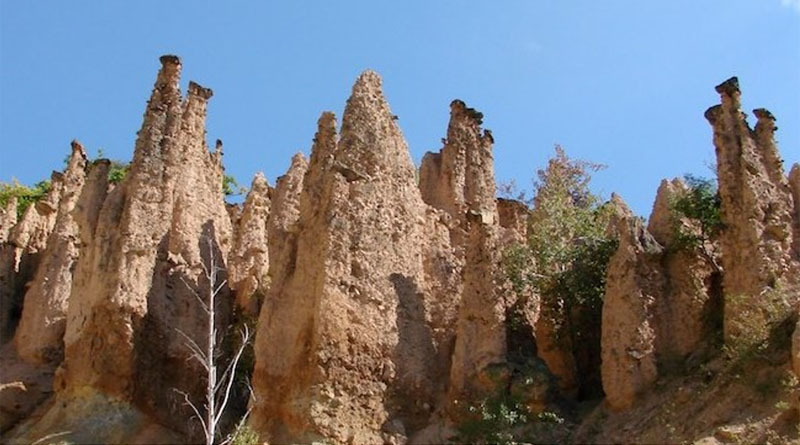 The Devil's Town is located below Radan Mountain, 27 km southeast of Kuršumlija. At a height of 600 meters, this unusual and rare sight of about 200 relief figures, created by centuries-old erosion processes, and which are opposed to the left and right sides of the cliff, form two "mahalas" - the Devil jarug and Pakleni jarug. What is important for this place is the Red Springs, a source of mineral water that is not for drinking, but the locals claim that it is medicinal and that it needs to wash sick places. What has always been to follow this place are many legends, the most famous of which are these figures are the wedding guests, who went to marry their brother and sister, and whom God had mercifully, in order to prevent sin. Because of its extraordinary unusual looks, and because of legends that give an extra dose of mystique to this place, the Devil's Varos daily attracts tourists all over the wrld, and is nominated for the world's miracle of nature. 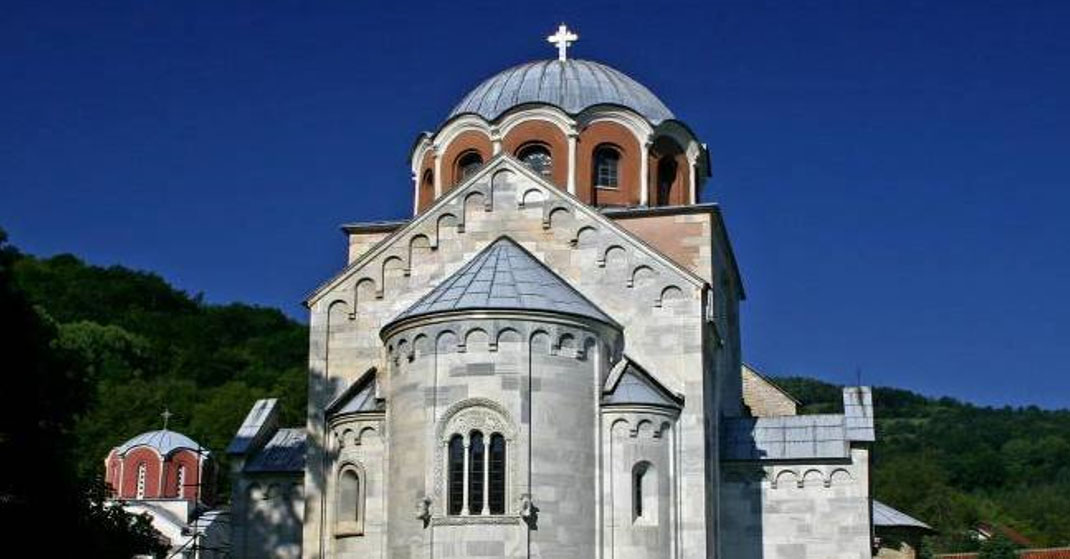 The Studenica Monastery is considered to be one of the most beautiful Serbian monasteries due to the sophisticated architecture of the Byzantine-rasko school, but also because of the beautiful setting in which it is located. It is on the UNESCO list since 1986. Stefan Nemanja, whose relics are still in this monastery, was erected in the 12th century. In Studenica, there are the relics of Stefan the Firstborn. Formerly there were 14 churches in the complex of the monastery, and to this day only three have been preserved: The Virgin Church, the Royal Church and the Church of Sv. Nicholas. At 8 km from the monastery, engraved in the cliff, there is a chapel of St. Sava, in which he wrote the Studenički typic and Žitije Sv. Simeon Nemanja. 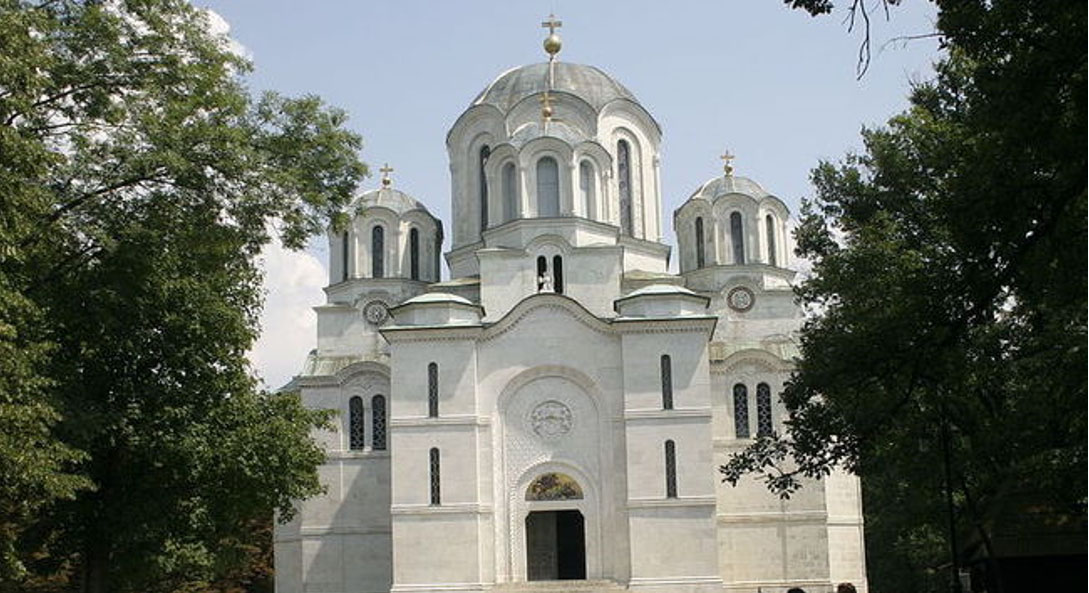 A place that is exuding the beauty of October-coniferous forests and the history of one of the most important Serbian dynasties, Karadjordjevic. At this place was built a mausoleum of the dynasty that was started by King Peter I Karađorđević, and then the entire historical and memorial complex, which later became their endowment. Today, within this complex you can see the Church of Sv. George, Mausoleum of the Serbian royal family, royal vineyards, museum (Vinogradareva house), King Peter's house, a royal villa, royal villa, Karađorđeva church, monument to Karadjordje and hotel. 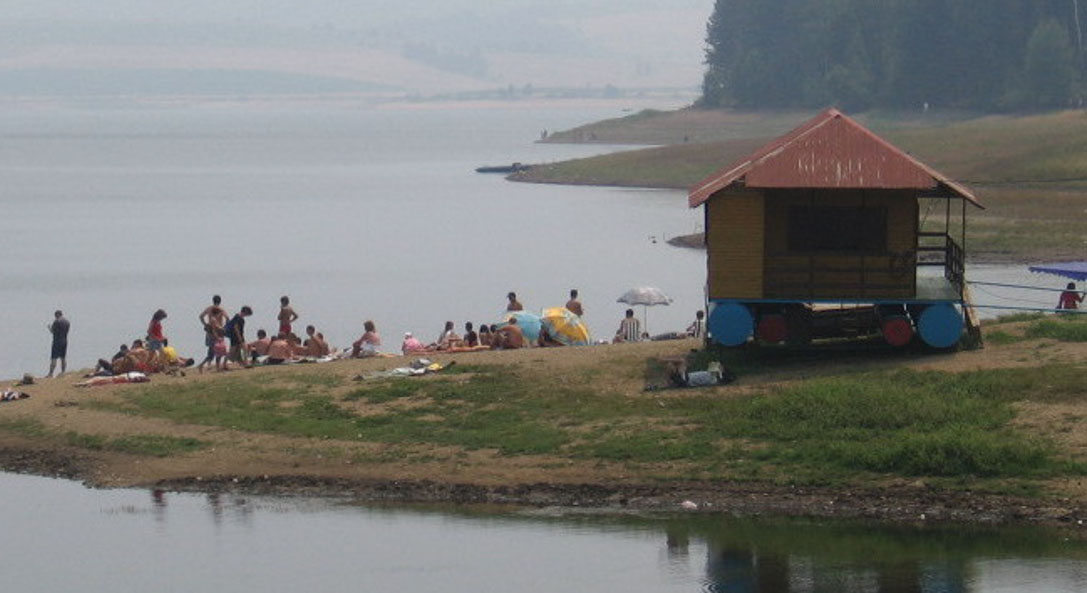 Its surface is 16 km2 and the depth is up to 35 m. The lake is surrounded by mountains Gramada, Vardenik, and Čemernik. It is located at 1213 m above sea level. In the lake, every minute comes two cubes of water of the first quality. Vlasina, Vrla, Jerma, Božička Reka and Ljubotenska Reka with their tributaries make its plaza. The so-called floating islands, which are created during the rise of the water level of the lake, are the specificity of Vlasina Lake. The islands are peat, a product of centuries-old decomposition of peat bogs. Watery islands with its dense vegetation sail along a 16km2 large lake and are a true attraction. By uniqueness in the world, they are a true bait for tourists. More than 300 medicinal plants around the lake have been registered. What is characteristic of the flora is, of course, a very rare plant of the carnivorous tree called Rosulus. 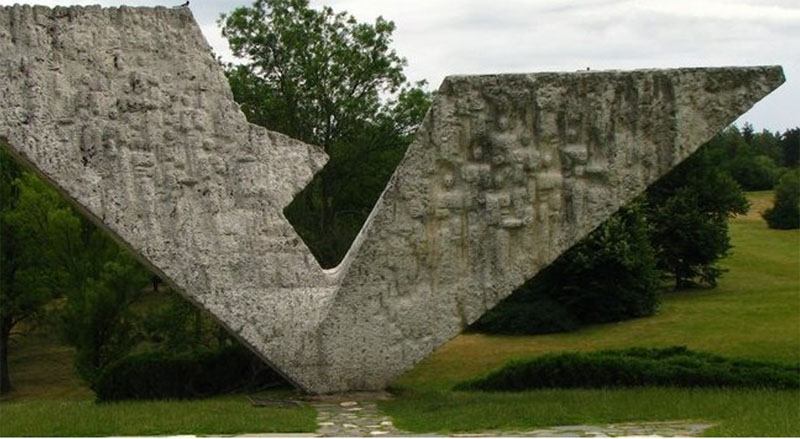 If you like nature, water, tranquility and historical sights, Foresters are the right choice for you. The memorial park was created as a memory of the tragedy of the Second World War, when on October 21, 1941, about seven thousand Kragujevac pupils were shot. Today, there is a monument to the department 5/3, however, the park today has more tourist purpose. The most important location in the summer period is certainly the lake. It is about 175m long, has a well-maintained trail, a dam, and there are also several cafes where you can grow, but also to dine at a decent price. There is also a swimming pool, a jumping pool, and a pedal boat.

It is one of the largest and most beautiful caves in Serbia. It is 4.5 km long. For the cave only knew the shoemakers who had strayed from the storms of the herds of sheep. One of the chubs was discovered in 1962 with silken hikers. They were thoroughly examined by Novi Sad cavers, led by Dr. Jovan Petrovic. Works on the cave arrangement lasted 10 years. The cave was officially opened to visitors on April 22, 1972. It represents one of the oldest caves examined, it is about 80 million years old. The temperature is constant at 7 ° C, while the air humidity varies from 80 to 100%. The jewel in the cave is estimated at 45 million years old. The interior of the cave is rich in numerous and varied halls, canals, galleries, pillars, stalactites, stalagmites, draperies, and petrified waterfalls. The cave has been thoroughly researched in the length of 2830 m, and for visitors, it is about 800 m. Through the cave, the visitors move through a spiral concrete path, which passes through various halls on two levels (upper and lower gallery). The lowest point visitors come is 405m above sea level. 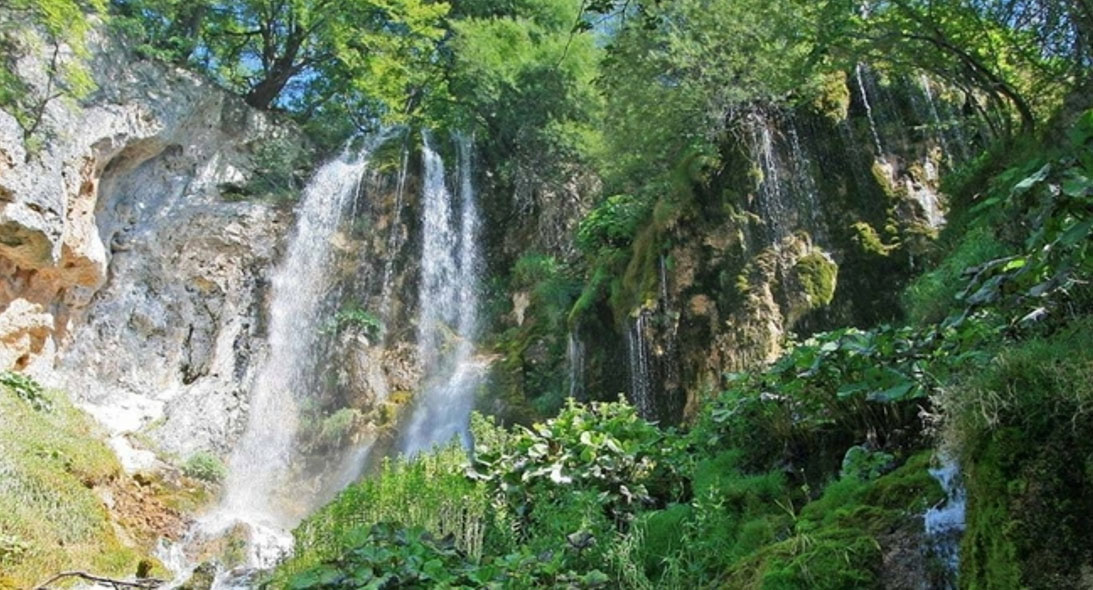 The village of Sopotnica is best known for its Sopotnica river, its waterfalls and waterfalls. Although small, the river Sopotnica has one high waterfall, many smaller waterfalls and waterfalls and deep springs wide, so that two-three brave people are gathered in them (the water is very cold). Besides the river and its waterfalls, interesting architectural and tourist attractions are also reconstructed old watermills and rollers. There used to be 11 watermills and 10 rollers in the village along the Sopotnica waterfall, which were milled and rolled. Of all the watermills and rollers that once existed on the river, there were three. Sometimes it is only one, but it has completely changed its earlier appearance and shape. Two rollers stand on a steep slope beneath the cliff and waterfalls, and perhaps the most beautiful specimens of rollers in this country. Dr. Dragiša Zarić, a native of Gornji Milanovac, preserved water from the complete destruction, water well and rollers, which, with the arrival of this village, bought waterfalls and hectares of land with waterworks and rollers, which he reconstructed and renovated.

Rent a car in Easy Rent and enjoy the sightseeing of these beautiful destinations.