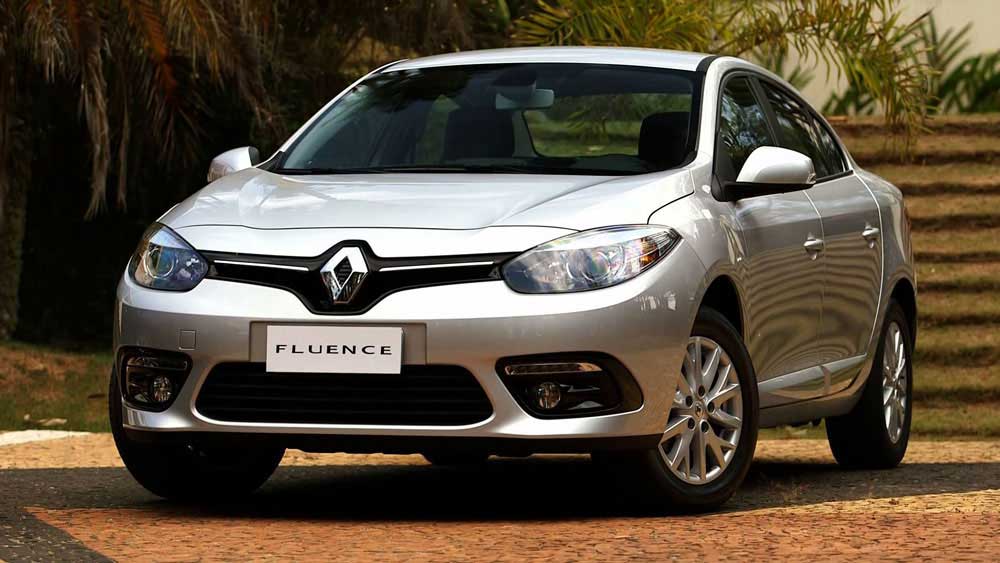 As the name suggests, Fluence features liquid lines, but also some specific details. Similarities to the Megane can only be seen if the silhouette looks better, as Fluence is distinguished by a new front light group and a radiator grille that fits better with the limousine form.

The rear of the car works very harmoniously and nicely folded and hides a boot of very large volume - as much as 530 liters. This space has a proper shape and relatively large doors, so there is no problem with the disposal of larger things.

Since it is a 4.62 m long, 1.77-inch wide and 1.48-inch high with a wheelbase of 2.7 meters, Fluence should offer enough space for passengers. As the specifications claim, there is plenty of space ahead, while in the back, due to the falling roofline, more people will have to sit a little lower ... However, for knees, there will be no problem because space has at least the same as in Laguna.

As expected from the Renault brand, the seats are quite comfortable, and the ergonomics are quite solid. Unlike the previous generation model in which it was sitting quite high, in the new Fluence model, the driver can sit down low, that is, as he wants.

Generally, the good setting and attitude of the steering wheel, seat and pedal position, allows drivers of different dimensions to fit very comfortably. And that's exactly what Renault wanted with this model. Comfortable road sedan with, as a much-so-compact dimension.

While driving, it leaves a good impression, maybe even as a bigger car than it is objectively. This is mostly contributed by the relatively high lateral line, as well as the very high "wings" of the pointed edges. Such a solution can spoil transparency, but only as much as one needs to get used to. Luckily, it will not be a long period ...

All the controls on this model go very easily, starting from the transmission, to the electric power steering system that is configured so that the driver does not require a big commitment. The brakes are traditionally quite aggressive, and the relatively simple bottom unit (rearranged from the Nissan Sentra model) guarantees a relatively comfortable and safe ride. Aggressive drivers could want and stiffer springs, but also in the hands of such, Fluence cornering remains on a given path, without any unpleasant surprises.

Renault Fluence in Easy Rent a Car Belgrade proved to be an excellent choice for longer trips, considering the comfort and size of the luggage compartment.

Book Fluence on time and you will get an additional discount on the already promoted price.